A Method To Optimize Retirement Income

The question is often asked, “how does a person optimize their retirement income?” Most companies these days only provide limited resources to their employees in regards to retirement planning. Gone are the days of the large pensions, as fewer and fewer companies offer them. Most only offer a 401(k) type option, which is a contribution based plan; meaning that the only funds an individual will have when they retire is what they personally have saved in that account plus any employer matching contributions. 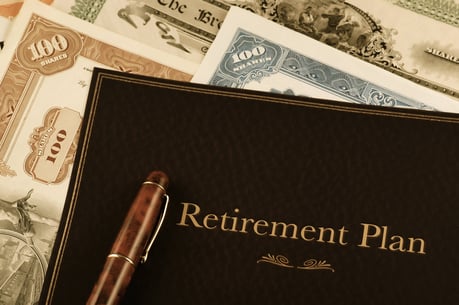 Pension plans are formula driven, based on a person’s time employed and salary, which determines a benefit that would be paid to the person when they retire. These plans use actuarial science to determine the contributions the company makes to fund such a benefit in the future. The key being the actuarial science.

Contribution plans rely solely on the contributions, which have legal limits, and the markets to produce an end result account value - if the winds are favorable (markets) you may end with a better retirement. If the winds are contrary your retirement may be in jeopardy. Like any storm they can come on the horizon at any time unannounced placing your retirement nest egg at extreme risk.

Due to such risks people who are withdrawing from those investment accounts are advised to only take out small amounts per year, in the range of 2.5%-3.5%. This small percentage will minimize the drain on the account so it would hopefully last through retirement. Meaning that withdrawal amounts would only be approximately $2,500 - $3,500 per $100,000 of investment dollars per year. Not a lot of money.

Enter in actuarial science - by employing a strategy that would use both an investment account and actuarial science a retiree may be able to significantly increase the annual income and never run out of money, never suffer due to the contrary winds of a bad market. In essence a retiree is able to create their own personal pension plan.

Actuaries are employed mostly by insurance companies to calculate rates and tables to offer benefits to their policy holders. Unlike investment services, which is an art, actuaries use science. Proven facts and mathematical formulas are used to determine a benefit for the policy holder, this is done to ensure that the beneficiary of the policy will never run out of money.

Because of the science involved, insurance companies through an annuity can create a private pension account. An annuity may pay out up to twice the amount of standard withdrawals from an investment account, effectively allowing the policy holder to be paid 5%-7% or more of the base amount of the deposit. Meaning that a retiree would receive, $5,000 to $7,000 per year for the rest of their life for the same $100,000 contribution.

In today’s world retirement planning is challenging, but using the right tools can take some guess work out and provide some additional security over the long term. Providing retirees with some much needed and deserved peace of mind.

"The power to make and keep commitments to ourselves is the essence of developing the basic habits of effectiveness." ~Stephen R. Covey