The HARP Program for Homeowners

The HARP Program was designed to help homeowners refinance their mortgages who may have been damaged during the financial crisis or the Great Recession. The Program helps people get a lower interest rate on their mortgage, thus making the home more affordable. In many cases it helps families keep their homes. Below are the basic requirements and our experience of going through the process. 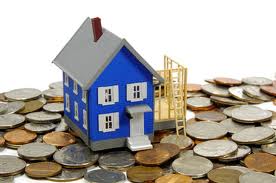 The requirements are simple:

1.       The mortgage must be owned or guaranteed by Freddie Mac or Fannie Mae.

5.       The borrower must be current on the mortgage at the time of the refinance, with a good payment history in the past 12 months. [i]

Thinking that our mortgage company would be the best place to start with refinancing our mortgage I called them and started the process for the home loan modification, not knowing that I was ineligible because we were always on time with our mortgage. Six months later, we found out that we were declined because we always paid our mortgage and were not in threat of foreclosure. I was pretty angry to say the least, that it took them six months and mounds of paper work, to tell me this.

A couple months went by and someone from our mortgage company called me to talk about the HARP program and that I should consider applying, I was thinking you have a lot of nerve calling me asking me to reapply after what you had put me through a few months ago. The lady assured me that this program was different and the only paperwork I would be required to deliver were my tax returns. She let me know the requirements and that I clearly qualified and that the rate would be less than 4.0 percent. After an hour of talking, she finally convinced me to give it a try.

Within two weeks I was approved and it took me longer to get my tax returns from my accountant than to get the loan finalized.  This was really a smooth deal and a no hassle opportunity to lower my rate! They did pull my credit, but mainly to verify my address. A good credit score is not a requirement as she explained to me (not that mine was bad). Saving money is a great blessing!

This was bar none the easiest loan I think I have ever applied for. Perhaps it was my lender, but not sure, as CitiMortgage – a subsidiary of CitiBank – is not always known for being the most efficient or best company to work with. So the bottom line – go get HARPed!! Have you already been through the process if so what was your experience?

Fed and the Market

This week Fed Chairman, Bernanke. made comments about tapering back the stimulus towards the end of the year. These comments have sent the market into a tailspin these past few days. What was once a background supporting role, has now become front and center, and the lead player on the markets

worldwide stage. It is now the case if Bernanke sneezes the market gets a cold. The Fed’s tapering plans may be good to get out in the public because maybe the market can focus back on what is really important – the fundamentals of the company stocks that are traded daily rather than the Fed’s involvement. Understanding the tapering is important to the long term investment strategy. There are a few points that are important to know.
Bernanke said that tapering is contingent on continued improvement in the economy and the jobless rate. He described it as easing up on the throttle once the auto reaches cruising speed. This will not happen “until the outlook for the labor market has improved substantially.” The target jobless rate he wants is 6.5% vs. the current jobless rate of 7.6%.

The next big discussion point was the interest rates – he expects to keep interest rates close to zero for a long time. Currently they are around 25 bps. Bernanke said, “The current level of the federal funds rate target is likely to remain appropriate for a considerable period after asset purchases are concluded.” This will keep borrowing cost very cheap for borrowers and will continue to squeeze bank margins as competition for new loans continues to heat up. The hope here is that companies will find reasons to borrow and expand their payroll.

Additionally, the tapering plans will be postponed if the economy doesn’t improve as expected in 2014. The target date for the 6.5% unemployment is mid-2014. At the same time 14 of the 19 FOMC members don’t expect to raise interest rates until sometime in 2015 at the earliest.

This leaves QE3 in place much longer than Wall Street believes making perhaps the fed a new permanent player. There may always be an economic hic-up that causes the Fed to stay involved in some way, keeping the markets artificially propped up.


Yesterday’s major sell off caused havoc around the glob – making the Fed’s comments and policies the major player not just on Wall Street but in the world. It may be soon that the Fed Chairman becomes the most powerful man in the world instead of the President. After all, most people are more worried about their pocket book then who is president.

While the market is the great predictor of what it expects to happen in three to six or nine months from now; the current mayhem seems to be an overreaction.  If the underlying economy is truly doing as well as reported from all the government agencies and the company quarterly reports, then things should continue for the next several months to a year moving forward. If the info is not strong and stable, well then, we will see another major move down. What are your thoughts about the economy?
0 Comments Click here to read/write comments

The IRS Administrators apologized for the inappropriate targeting of conservative political groups during the 2012 election. It’s amazing that when the American Public does something wrong they get slapped with fines, jail time, and other penalties, but when a government official (high level or low level) does something wrong they get to apologize.

Here is the rub; according to an AP article by Stephen Ohlemacher, a few weeks ago, he states, “Learner said the practice was initiated by low-level workers in Cincinnati and was not motivated by political bias. Agency officials found out about the practice last year and moved to correct it, the IRS said in a statement.”

Now, I have not worked for the IRS, however I did a recent stint with the SBA, Office of Disaster Assistance, writing loans for Hurricane Sandy victims, and if the IRS, being a government agency operates anything like the SBA, also a government agency, then never do “low-level” people initiate anything. Everything was initiated by Washington.

When a new policy was handed out it was done with consultation with those in charge in Washington or the folks in Washington sent out the policy for distribution. If you were not given the authority to do something you never did it. Period. So for Learner to say that this was initiated by low-level workers, is simply an incomplete truth (not sure I want to call it a lie at this point, because using the word “lie” to me is very serious).

Low-level workers want to keep their jobs they are not by nature going to stick their neck out to do something risky, against the policy, on their own. The instruction to do something would come from someone higher up, much higher up. Each and every job in the government has a detailed job description, that job description tells you what you can and cannot do, what authority you have and where to go if you need something approved requiring more authority. This is what is supposed to keep them, the federal employees out of trouble. Particularly in an agency that the public relies on for detailed information.

Additionally, most things that are requested, the low-level workers need to gain approval from people with greater authority. Nothing gets approved without someone else reviewing the entire package to make sure all the “i’s” are dotted with the right size dots. The bigger the approval or more authority sought, the higher up it goes to get approval.

There are only two options here, if it is true what Learner said that senior officials did not know about the targeting, then 1. They should be fired and fined and jailed, just as any American is for dealing wrongly with the federal government; or 2. They should be fired, fined for negligence on the job. (Not sure I would jail someone for negligence, which is like incompetence, perhaps they simply did not know they were incompetent? In that case it may not be completely their fault.)

The damage done to the IRS and the country because of their actions is enormous. It used to be that you could trust the people who worked for the government, maybe not the politicians, but the employees could be trusted, not any more. For the IRS to have such a monumental breach of trust, they may just as well close it down, and start over. It seems they forgot that liberty is based on trust.

Maybe a flat tax would do much to solve this problem and as Steve Forbes says the tax return should fit on a post card. It would certainly take fewer employees to process a post card than the many multi-page returns we file now. What do you think – should the IRS be abolished?
0 Comments Click here to read/write comments