Economic Bubbles and What to Do

Is there any doubt that we are living in a bubble economy? At this moment in the United States we are simultaneously experiencing a stock market bubble, a government debt bubble, a corporate bond bubble, a bubble in San Francisco real estate, a farmland bubble, a derivatives bubble and a student loan debt bubble. 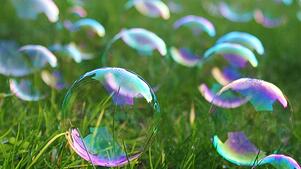 Another very troubling bubble that is brewing is the massive bubble of consumer credit in the United States. According to the Wall Street Journal, consumer credit in the United States increased at a 7.4 percent annual rate in May. That might be okay if our paychecks were increasing at a 7.4% annual rate, but that is not the case at all. Instead, median household income in America has gone down for five years in a row.

This pattern of bubbles is not isolated to the United States alone. In fact, the total amount of government debt around the world has risen by about 40% just since the last recession. It is never sustainable when asset prices and debt levels increase much faster than the overall level of economic growth. At some point a massive correction will happen. History has shown us that all financial bubbles eventually burst.

You know that things are serious when even the New York Times starts pointing out financial bubbles everywhere. Their definition of a bubble is “when the price of everything blasts upwards, obliterating the previous ceilings of historical benchmarks, it's a pretty good indication that you're in a bubble.”

The bubbles in the financial markets have become so glaring that even the central bankers are starting to warn us about them. For example, just consider what the Bank for International Settlements is saying:

“There is a common element in all this. In no small measure, the causes of the post- crisis malaise are those of the crisis itself – they lie in a collective failure to get to grips with the financial cycle. Addressing this failure calls for adjustments to policy frameworks – fiscal, monetary and prudential – to ensure a more symmetrical response across booms and busts. And it calls for moving away from debt as the main engine of growth. Otherwise, the risk is that instability will entrench itself in the global economy and room for policy maneuver will run out.”

This is quite a harbinger coming from the BIS. As for the “room for policy measures running out,” according to Jim Rickards, author of Currency Wars and The Death of Money, the Fed has two options at this point, they can continue to taper off the mass printing of money, which he says will lead to another recession within this depression. Or if they don't continue to taper, perhaps have a pause in printing and they increase their asset purchases, then that will signal to the market that the Fed must keep on printing and it will trigger hyper-inflation. This will cause the dollar to collapse and gold prices to increase.

According to the minutes from the Fed's June 17-18 meeting, the Federal Reserve is leaning towards ending the economic stimulus in October. Fed policymakers have been tapering their government bond purchases in $10 billion increments at each meeting since December, cutting them to $35 billion a month from $85 billion. At that pace, the Fed would be buying $15 billion in Treasury bonds and mortgage-backed securities by its October meeting.

Yet while Fed officials are planning on halting the bond buying, closing out the program will have another side-effect. The bond purchases have held down long-term interest rates for several years, spurring purchases of homes and factory equipment. The Fed has been planning on increasing the interest rates sometime in 2015, after all, they can't stay suppressed forever.

With all the bubbles that are out there, what will happen once the interest rates increase?

None of these financial bubbles are.

Now is a good time to be considering other options such as precious metals. Precious metals have always been an important part of a well-rounded portfolio. But with all the economic uncertainty out there, many people are beginning to insist on having some sort of precious metal not just in their portfolio, but in their hands. There are even a few states who have recently voted to accept gold and silver as legal tender. There is a reason why these precious metals have been the currency standard since Biblical times. In short, they don't lose their value. 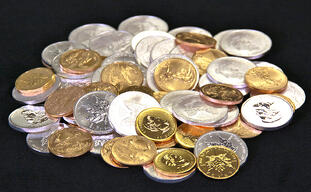 There are many naysayers out there arguing that buying gold and silver is a foolish investment. Perhaps as an investment, they are right. But as a type of insurance against the consequences of the monetary manipulations and bubbles that are within our economy, maybe having some gold or silver in your hands becomes wisdom. How much to have dependes on your personal situation,

We really don't know what the economy will look like in the next few years. We can look at history to see what typically happens when this type of mix of bubbles and monetary manipulation come in to play. We would be foolish to think that the results that happened then could never happen to us. Common sense tells us to be prepared. What does being prepared look like for you? I believe it is far easier to be prepared than to try and predict the future.