The yield on the 10-year U.S. Treasury fell to a record low of 1.318 percent in early July, sending bond prices higher throughout the fixed income markets. Bonds have continued their rally since the beginning of the year as the Fed has held off on raising rates, while central banks in Japan and Europe have maintained unprecedented low rates.

Repercussions from Brexit channeled money towards the perceived safety of German government bonds in July, as Germany became the first country in the EU to sell 10-year government bonds with a negative yield at auction. A negative yield means that investors are willing to essentially pay Germany in exchange for holding funds in German bonds. Germany sold  €4.8 billion ($5.3 billion) of 10-year notes at an auction, with a yield of -0.05 %. 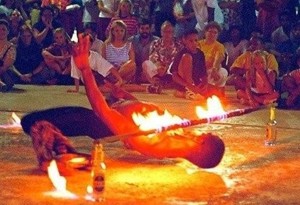 As of this past month there has been a continuous decline in long-term interest rates for 25 years, spanning from 8.3% in 1991 to 1.36% in July for the 10-year U.S. Treasury. Some bond analysts estimate that any continued decline in yields has become much less probable. But we all know, never say never!

With the Fed and its monetary stimulus efforts at capacity, many economists believe that this leaves ample room for fiscal stimulus in the form of lower tax rates. The presidential campaign has brought about the topic of lowering taxes and perhaps at a timely juncture that would help stimulate economic growth where the Fed may not be able to any longer.

A chellenge with this thought, is that this comes at a time when the federal government needs all the money it can get its hands on. (see the article: How Interest Rates Feed the Pig.) Its a fact that lower taxes has proven to increase the the total tax revenue, however to many people lowering taxes is unfair.

This news on the heals of all the economy has been through since the Great Recession is a clear indicator that the economy has not completely recovered. With intermediate interest rates way below the historical average of 5.5%, this becomes a very serious concern for retirees who depend on their fixed income securities to help pay for their living expenses.

Understanding this, the rate at which a person withdraws money from their retirement accounts will have a huge impact on the longevity of that account. People will need to simply save more for retirement and or live on less than originally expected. Both are unpleasant challenges. Getting out of debt will help with both of those challenges, as it frees up cash flow for additional savings and with little to no debt, it requires much less to live on.

One strategy would be to take out much less during the earlier years of retirement and allow your savings to continue to grow, even for an additional five to seven years. This extra seasoning of your portfolio would make a world of difference.  Those who are preretirees may want to consider to start winding down their spending and try living on much less income, this will allow you to put more in savings and or get more debt paid off. It will also start you on a road of more discipline in your finances.

Training is everything. The peach was once a bitter almond, and the cauliflower is nothing but a cabbage with a college education.  - Mark Twain