Foreigners and/or undocumented aliens obtaining bank loans has been something the Federal Reserve Bank started pushing ten plus years ago. In 2006 I attended a meeting for bankers where the Fed was teaching bankers how to underwrite home loans for undocumented people here in the U.S. 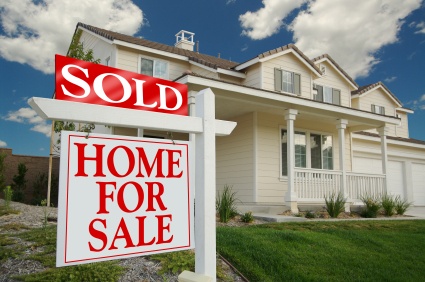 Making these bank loans is a major stimulus to economic growth. Homeowners buy things for their new homes, make home repairs, and banks make money which goes back out into the economy. Homeownership in general is a good thing; it creates a store of value where people can save more money, put down some roots, and contribute to society.

The U.S. Treasury Department closely monitors these transactions as it tries to identify any irregular buyers that may be filtering illicit funds into U.S. assets. Data revealed that the bulk of acquisitions by foreigners are occurring in particularly higher-end markets including Manhattan, Miami, various New York boroughs, San Diego, Los Angeles, San Francisco, and areas of Texas.

Of suspicious nature are those properties that are bought as straight cash purchases and priced at the top 10% of their respective market. The original initiative began in March of this year and has thus far helped Federal authorities identify various criminal activities.

These new homeowners that use the property for rentals can be a problem - as many landlords from other countries may not know our laws. Owning rental property in the United States is much different than in other countries - here the tenants have rights! In an effort to save money these new landlords may expect the tenant to pay for repairs that are the landlord’s responsibility.

One friend of mine had such an experience - he and his wife rented a property from someone who was clearly new to the country and new to being a landlord. The landlord tried to get them to make all the repairs to the property whenever anything broke, for example fixing the AC unit when it went out. They were so fed up that they finally had to threaten the landlord with legal action to get him to fix things. The problem was that every time something went wrong they had to make a threat via certified mail to get the problem repaired. The landlord simply wanted them to pay to fix everything!

Needless to say they did not renew their lease. So a word to the wise if you are going to be a tenant of a foreigner, know your rights, as you may need to help them learn the responsibilities of being a landlord, otherwise you maybe paying for repairs.