What does it really mean when the Board of Governors of the Federal Reserve System, (“the Fed”, “the Federal Reserve Bank”) raises the Federal Funds Rate? Mortgage companies begin advertising that “rates are going up come see us now”! Well the Fed Funds Rate and Mortgage rates are not the same and really don’t have anything to do with each other – so what does happen when this rate goes up?

The actual rate that the Fed increased was the Federal Funds rate, from a range of 0.0% to .25% to a range of .25% to .50%. This the rate the Federal Reserve will pay banks that place “extra” or “idle” money on deposit at the Fed. The rate indirectly affects other borrowing rates set by large money center banks, such as the prime rate. Banks will deposit or loan money to the Fed if they don’t have places in the general public to lend money. 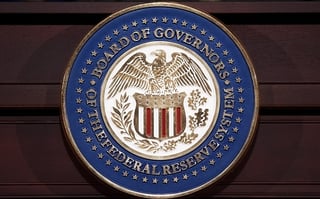 Minutes following the Fed’s announcement, a major U.S. bank announced that it was raising its prime rate from 3.25% to 3.50%. Consequently, the Fed discount rate was also increased. This is the interest rate that the Fed charges banks as a direct loan, which increased to 1% from 0.75%.

In later disclosures by the Fed, the FOMC also voted to set a target for the Federal Funds rate of 1.375% at the end of 2016, implying four quarter point increases throughout 2016.

Should Fed officials continue on with their targets, economists and analysts expect a gradual rise in short-term rates over the course of the year. The Fed did state that loans linked to longer-term interest rates are unlikely to move very much during the same period.

The high-yield corporate bond market saw considerable turmoil throughout 2015 as energy sector debt weighed on the entire high-yield market. Even though only 15% of the high-yield market is made up of the dreaded energy sector, all other industry sectors were affected as well. Analysts believe that the sell off in high-yield debt now implies an expected default rate of 10%. That would be a sharp rise in defaults from the current 3% level should it come to fruition. Many believe that the odds of defaults rising to 10% are unrealistic and that the markets have already priced in worst case scenarios.

Some fixed income analysts have upbeat assessments for the bond markets in 2016. Assuming the U.S. economy continues to grow at a modest but steady pace, it will allow companies to expand and make it easier to repay bond debt. Improving consumer confidence and a low unemployment rate will help foster a healthy bond market.

Are you starting to see interest rates rise in your accounts? Perhaps the first rates to rise are of course the prime rate, then CD rates, and credit card rates, and maybe passbook savings accounts. Mortgage rates are based on long term bond rates that are sold on the secondary market, but that is a story for another day.

Onto a different topic: I want to thank you my readers, I am grateful for you following my blog and allowing me to be a part of your busy lives. I am truly grateful for your interest in financial topics – I really enjoy putting these articles together. So, Thank You and please feel free to subscribe your friends and family.

Remember: In honor of this weeks powerball. Classic response on establishing a lottery: they are "a tax on imbeciles." - Count Camillo Benso De Cavour, Italian Statesman, Diplomat 1810-1861