Where Did The Economy Go 2nd Quarter?

The economy this past quarter has been a great improvement over the first quarter. I am expecting some market stability as we head into the convention season and through this years election cycle. Who is elected will determine much of what happens next. We are however due for a recession soon, depending on which economist you follow. I fully expect we will see something in the next 12 to 24 months.

The British vote to exit the EU (Brexit) was essentially a validation that a disintegration process of the EU is possibly underway, causing destabilization for countries throughout the EU. Britain’s vote may lead to other similar referendums, particularly with the Netherlands and France where populist sentiment is growing. 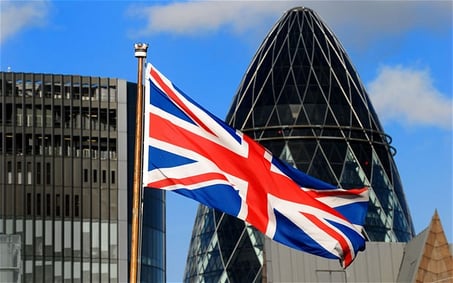 The British pound fell to a 30-year low versus the U.S. dollar following the outcome of the referendum. Conversely, the fall in value for the British pound can be beneficial for the country as Britain’s exports become cheaper worldwide and tourism increases as stronger foreign currencies come into the country.

The unraveling of Britain from the EU is not expected to be automatic or immediate and may take years for it to finalize. Britain would need to execute a divorce clause titled Article 50 of the EU agreement in order to move forward with the separation from the EU. Several member EU countries, including the IMF, are eager to have Britain expedite the exit in order to minimize uncertainty.

In the wake of the referendum’s outcome, international equity markets tumbled as uncertainty led the course. U.S. financial markets were incredibly resilient following the days after the British EU vote, with U.S. equity and bond prices all propelling to higher levels.

The Fed’s plan to further increase rates this year took a different course as the repercussions from Britain’s EU vote are expected to lead to slowing economic growth and a sustained low interest rate environment. Some Fed watchers believe that the Fed may ramp up its stimulus efforts again with lowering rates should the EU and Europe’s economy falter.

Overshadowed by the Brexit news, the U.S. Census Bureau reported data that may help solidify the Fed’s wait to raise rates. Durable goods orders fell 2.2% in May, worse than anticipated. Such data is an indicator of whether inflationary pressures are present and if inconsistent expansion exists in the economy due to less capital spending.

In the midst of the Brexit turmoil, the Federal Reserve announced that 33 selected U.S. banks passed an imposed stress test to see how well they would perform under severe circumstances, such as high unemployment, recession, and falling asset prices. The stress test revealed that the 33 banks tested had nearly twice the amount of required capital needed, up significantly from the last stress test conducted.

U.S. stocks fared better than international stocks following Britain’s announcement on leaving the EU. U.S. equity markets were resilient once the surprise of Brexit unfolded, with the S&P 500 Index and the Dow Jones Industrial Index both positive for the year.

U.S. equities are considered attractive relative to negative yielding government bonds in Asia and parts of Europe, even as the U.S. 10-year note finished below 1.5% in June. The S&P 500 index currently carries 60% of its stocks with a dividend yield higher than the 10-year treasury bond yield.

The primary British equity index, the FTSE 100, tumbled in June following the Brexit vote. Companies within the index generate about 75% of their revenues outside the U.K., with many maintaining contracts and arrangements with other companies based in other EU countries. Since the actual extraction of Britain from the EU may take years, decisions for capital spending and expansion by European companies may be hindered.

Certain equity sectors are becoming increasingly sensitive to what the presidential candidates are proposing.  Concerns lie with those sectors where newly enacted regulatory policy can inhibit growth and profits. Other sectors are being adversely affected by low rates, such as banks whose earnings are hindered by low rates, which limits the amount of profits they can earn as deposits fall and loan rates drop.

Precious metals have increased dramatically this past quarter. Economist, Mark Skousen, said, “I think they (Federal Reserve officials) are working overtime to bring inflation back. Gold, which is finally moving, is the best indicator of future inflation. So we may see a return of inflation here if the gold market continues to rise. So that's what I'm looking at more than the bond market.”

Silver has rallied this year increasing nearly about $6.30 per ounce over the $13.83 at the start of the year. That is a 45.55 percent increase in price. For the past several days it has reacted independently of gold as gold prices have come down a bit; Silver has continued to go up. It seems there may be some hedging going on due to Silver’s expanded use in industrial applications. These are the highest prices for silver since the summer of 2014.

Oil and Natural Gas are also on the rise. According to Dan Steffens, President of Energy Prospectus Group, (EPG) of Houston, TX, “The combination of rising demand and falling production has pushed the natural gas prices up from $1.70/mmbtu in February to near $3.00 at the end of June. My prediction is now we will see gas trading for more than $4.00/mmbtu by December.” If that is the case, lets hope all the global warming kicks in so we have a mild winter or we will be paying more than double for heat.

With U.S. oil production down from last year, we are back to importing about 50% of our oil. Other countries are having production issues too, which may cause an increase up to about $70/bbl by the end of the year. Third quarter typically sees an increase in oil demand due to summer travel, which could easily eat up the surplus that has been keeping oil prices low. Some analyst think that oil will remain fairly steady around $50/bbl for the near future.

The Department of Labor reported that average hourly earnings grew by 2.5% over the past year, thus placing pressure on corporate earnings as wages move up. Many analysts believe that wages will continue to increase as unemployment rates remain below 5%, enticing companies to keep performing workers and paying them more.

After a market run up as we have seen this past quarter, I would not be surprised to see some profit taking in the next couple months, particularly if this earnings season does not produce any great results. If inflation takes off  then expect oil, precious metals, wages and other commodities to increase, which will certainly put pressure on corporate profits, and will also stress the markets. Now is a good time to continue to get out of debt and put a little extra away for a rainy day.

Remember:
"Education is what remains after one has forgotten what one has learned in school."  - Albert Einstein