As year end approaches, another income tax season is just over the horizon. The importance of gathering necessary tax items is essential. Starting in early autumn gives you time to act; you can implement any additional tax planning strategies to help lower your bill. Some strategies may take a few weeks to properly implement. Even though not much may have changed since 2014, it is always clever to have accurate estimates and tax items prepared for 2015. 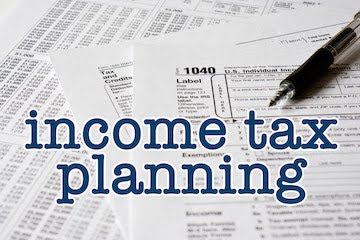 For the most part, federal tax rates for 2015 remain the same as they did last year. Federal tax rates start at 10% and increase to a top rate of 39.6%. Keep in mind that the beginning and end points are increased slightly to account for inflation. Higher income individuals may also be susceptible to an additional Medicare tax on wages and self-employment income, as well as the 3.8% net investment income tax which can result in a higher marginal federal tax rate for 2015.

Now is a good time to line out your charitable contributions for the year. If you are not pleased with the way the federal government spends your tax dollars, then the best method to combat that is to donate money to charities that do support causes you are interested in. The tax deduction may produce a significant reduction in your income tax bill; sometimes providing just enough of an additional tax deduction to lower your tax marginal rate. These contributions need to be made by year end in order to qualify.

For investors that hold securities as various types of positions, it is important to identify any investments that may have either significant losses or significant gains, which should be realized before the end of the year. With the market being as volatile as it has been, it is also important to identify any investment positions that may yield some type of tax benefit before year end.

Affecting more and more people every year, Alternative Minimum Tax (AMT) should be carefully considered when implementing tax planning strategies going into the New Year. Originally enacted in 1969, AMT was never indexed for inflation, thus it continues to affect more and more taxpayers each and every year. AMT is essentially an additional tax on top of the standard tax tables. There’s a good chance that taxpayers taking significant deductions at the state and local levels (such as state tax free municipal bond income), claiming multiple dependents, exercising stock options, or recognizing a large capital gain for the year, may eventually be affected by AMT.

Income tax planning throughout the year pays off, those who pay attention to it often pay fewer taxes for the year. Those who do no planning and just report the numbers on the form pay the most. There is no law that says that you have to pay the maximum. Year end planning save you money, the challenge is will you make the time to do it. After all it’s your money; you are the one who earned it! Tell us about your favorite tax planning strategy; what strategy(ies) do you use to save income taxes?  If you would like to learn more, click on the link below: