My Tax Dollars Go Where?

Now that you are recovering from the pain of settling your tax bill with the federal government, Taxpayers often wonder, where does all their tax money go? The Office of Management & Budget breaks down where tax payments go each year, allowing Americans to see what they’re getting. 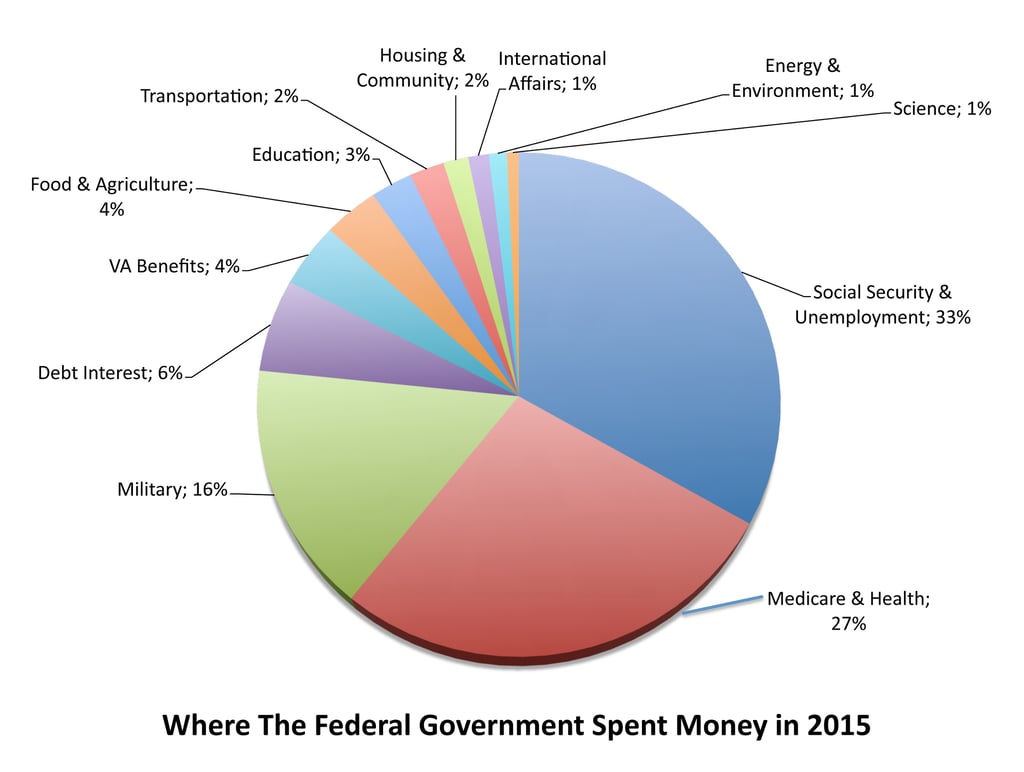 Its important to note that the what is paid in taxes and what the federal government budgets are two different numbers - the difference is the deficit and is borrowed from the federal reserve bank and other countries around the world. The 2015 deficit was $439 billion. While the 2015 deficit has come down from previous years, the total public debt continues to rise. The debt continues to rise because every year we add the current year’s debt to the pile already on the books. Bringing our total debt to over $14 trillion dollars today, which is clearly unsustainable. Our nation’s debt is at the level of our GDP - meaning that if we the public spent an entire year working and producing everything this country produces and paid 100% it on the debt we might pay it off, depending on interest rates.

Another area of spending that is interesting is federal civilian employees, their wages and benefits. I am never one to complain about what someone earns, after all that is the free market we live in, which I completely support. However, it takes a lot of tax payers to support just one federal worker. The average take home wages for federal employees are $83,034 per year. Benefits cost the tax payers another $35,532 per employee; bringing the total compensation for 2015, to $118,566 per employee. (These figures do not include the military.) This is quite a bit higher than the average american employee of the average american company.

The mandate to reign in federal spending and to balance the budget must be accomplished. We simply can’t go on for ever running up such deficits and incurring so much debt. Congress and the president must stand up and do what is right. Period. All of these little pet projects of a million here or a million there have been adding up and now they have caught up to create an uncontrollable flood of debt that soon will wash away everything in its path. We all need to stop hanging onto these pet projects and shutter a few federal agencies.

And the public needs to learn more self-reliance so they can stop thinking they “need the federal government to solve all their problems.”

The penalty good men pay for indifference to public affairs is to be ruled by evil men. Attributed to Plato