In May, consumer prices posted their sharpest increase in 15 months as inflation continued a recent acceleration from unusually low levels. According to the Labor Department, the consumer price index jumped 0.4% after rising 0.3% in April. Economists had expected a 0.2% increase. Over the past 12 months, prices have increased 2.1%. Core inflation, which excludes the volatile food and energy categories, was up 0.3% last month the most since August 2011. And housing starts fell 6.5% in May. 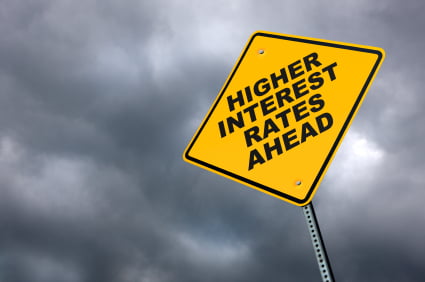 The rise in prices was broad-based, with energy, food, housing, apparel and other costs among those increasing. Energy costs surged, with gasoline prices rising 0.7% and electricity costs increasing 2.3%. Food costs jumped 0.5%, the largest increase since August 2011, as meat, poultry fish and eggs rose 1.4% and fruits and vegetables rose 1.1%. Those categories have been rising for months, in part because of a drought in California, the huge loss of cattle herds from an early blizzard in the upper Midwest last fall, and a virus in the pork population.

Prices for goods other than food and energy also were up. Airline fares jumped 5.8%, the largest increase in 15 years. Apparel prices and housing costs both rose 0.3%. And an index of medical care costs increased 0.3% with prescription drug prices expanding by 0.7%. Last week, the Labor Dept. said that wholesale prices fell in May for the first time in three months.

The recent pick-up in consumer prices is generally considered good news for the economy because annual inflation was well below the Federal Reserve's 2% target last year. Low inflation reflects a weak economy and can lead to deflation, or falling wages and prices, which often foreshadows recession.

The unusually sharp rise in inflation last month could help prompt the Fed to begin to raise interest rates earlier in 2015 than expected or to increase rates more rapidly, especially if significant price increases continue. "The chances that (the Fed) will raise interest rates before the middle of next year are increasing," economist Paul Dales of Capital Economics said in a research note this month.

In planning for increasing interest rates, typically a person would invest in short-term instruments, these will have the lowest interest rates and least chance of principal loss. As they renew, they will renew at a higher rate. It is not a bad thing to look at other investments as well, but the whole portfolio should be structured in a way that it is well balanced, diversified, and has depth and breadth. Mutual funds and ETF’s can give you the depth, while a wide variety of those funds can provide the breadth.

Laddering bonds (bonds are purchased based on their duration over a period of time, for example purchasing each month a bond that expires in three years) is another strategy that when implemented can provide increasing rates – but again looking at short-term durations, typically nothing over three years, with something maturing monthly or quarterly.

Any of these strategic solutions also depends on how fast rates rise. If rates rise fast in a short period of time it can be difficult to manage, while a slow steady increase in rates is more manageable. However remember that rates at 25 basis points, which is a very low rate, increases to 50 basis points, still a very low rate; that is a 100 percent increase in the rate and is a very big move.

The years of low interest rates seem to be coming to an end. As investors, what does this mean for you? If you are close to retiring, this may influence you to re-think some of your investments. Bonds, equities, stock market, alternatives? What is the best route for your money?