A follow up from last week’s article about FBAR, the next hammer to drop is: The Foreign Account Tax Compliance Act, better known as FATCA, was passed in 2010 as part of the HIRE act. Which was supposed to start on July 1, 2014, but last week was postponed a second time until January 1, 2016, foreign financial institutions (FFI) will be required by the US government to report information regarding accounts of all US citizens – living in the US and abroad, US “persons”, green card holders and individuals holding certain US investments – to the IRS.

While the law’s full implementation m 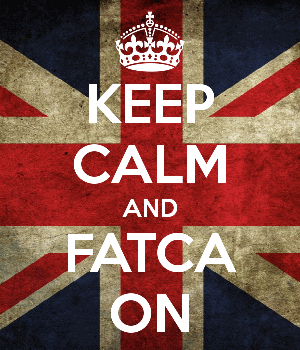 ay be postponed, it does not mean that you do not need to be compliant with the law. The postponed implementation is most likely on the part of the FFI’s than on the American citizens complying with the reporting requirements of the law. So you need to report your foreign assets.

This law requires foreign financial institutions such as local banks, stock brokers, hedge funds, insurance companies, trusts, etc., to report directly to the IRS all their clients who are US “persons.” FFIs that do not become compliant will be subject to a 30% withholding on their US investments when they are cashed in, which will directly impact FFI clients with US holdings.

FATCA requires financial institutions to use enhanced due diligence procedures to identify US persons who have invested in either non-US financial accounts or non-US entities. The intent behind FATCA is to keep US persons from hiding income and assets overseas. The key word here is “hiding”. Its O.K. to have assets over seas and follow that jurisdictions tax codes, but it’s not O.K. to “hide” those assets from the IRS.

The ability to align all key stakeholders, including operations, technology, risk, legal, and tax, are critical to successfully complying with FATCA. Both financial institutions and non-financial multinational corporations should consider steps such as:

FATCA also requires US citizens who have foreign financial assets in excess of $50,000 to report those assets every year on a new Form 8938 (FBAR) and may be filed with the 1040 tax return. The FBAR was discussed in more detail in a previous article.

This law is in essence making all the FFI’s in the world, similar to the US Banks, unemployed, unpaid IRS agents reporting on US citizens and their companies that may do business with their FFI.

Many Americans residing overseas are reporting banking lock-out. A number of foreign financial institutions have simply chosen to eliminate the accounts of US citizens and their US companies in order to minimize their exposure to FATCA reporting requirements, withholding fees and potential penalties. This is causing a lot of problems for US citizens and their companies doing business overseas.

The US Treasury/IRS has mandated the FFI’s use their Intergovernmental Agreements (IGAs); many countries have signed on and will facilitate the transfer of information. The IGA agreements include a non-discriminatory clause that is aimed at helping alleviate issues of lock-out of banking services to US citizens and US persons. In other words these FFI’s must be compliant or they will be placed on the IRS watch list and the FFI’s dollar assets could be impacted.

Many are calling this the “end of the dollar law” as many countries around the globe are looking to find alternatives to the dollar as the reserve currency to use when trading with their neighbor countries. This is one of the most overreaching laws the US Government has ever passed. In the end it appears to be a law that is doing more damage than good. As with all laws we never know the full ramifications until it is completely implemented, but this one was an easy one to spot that it would be bad, very bad for Americans the world over.
2 Comments Click here to read/write comments 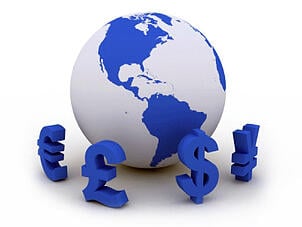 We all believe that our government has become so onerous that many people are leaving for other countries simply because Americans are not free anymore. A couple weeks ago I listened to David Barton speak and he said that if you “read 100 pages per day of all federal laws, seven days per week, it would only take you 25,000 years to complete the reading”. We are responsible to follow all those laws – ignorance is no excuse for breaking a law, right? Well here is another example of over-reach and being worked over by the federal government all in the name of protecting us against us. If you think you can hide your money some place, guess again…

Recently, new guidelines were released in a report of the Foreign Bank and Financial Accounts (FBAR). You need to know about these new guidelines if you have a financial interest in or signature authority over a foreign financial account, including a bank account, brokerage account, mutual fund, trust, or other type of foreign financial account that exceeds certain thresholds. The Bank Secrecy Act may require you to report the account yearly to the Internal Revenue Service.

The FBAR is a calendar year report and must be filed on or before June 30 of the year following the calendar year being reported. Effective July 1, 2013, the FBAR must be filed electronically through FinCEN’s BSA E-Filing System. (FinCEN stands for Financial Crimes Enforcement Network).

United States persons are required to file an FBAR if:

There are some exceptions to the FBAR reporting requirements. They can be found in the FBAR instructions, but they include:

Just in case you were beginning to think perhaps you would just ignore all these forms and filing procedures, FinCEN does not mess around when it comes to penalizing non-filers. A person who is required to file an FBAR and fails to properly file a complete and correct FBAR may be subject to a civil penalty not to exceed $10,000 per violation for non-willful violations that are not due to reasonable cause. For willful violations, the penalty may be the greater of $100,000 or 50% of the balance in the account at the time of the violation, for each violation. There are exceptions to the penalties, such as when natural disasters occur that hinder timely filing. For guidance on those exceptions, see FinCEN guidance, FIN-2013-G002 (June 24, 2013).

FinCEN Notice 2013-1 extended the due date to June 30, 2015 for filing FBARs by certain individuals with signature authority over, but no financial interest in, foreign financial accounts of their employer or a closely related entity.

Taxpayers with specified foreign financial assets that exceed certain thresholds must report those assets to the IRS on Form 8938, Statement of Specified Foreign Financial Assets, which is filed with an income tax return. The new Form 8938 filing requirement is in addition to the FBAR filing requirement.

Last year there were a number of new forms introduced by FinCEN. FinCEN form 114 is the new FBAR form that is to be used in place of the old TD F 90-22.1 form. This form is designed to be an online form through the BSA E-Filing System website. Form 114a is a new form for filers who submit FBAR's jointly with spouses or who have a third party prepare their forms for them. It isn't submitted with the filing, but is kept back with the FBAR records maintained by the account owner in case FinCEN or the IRS requests them.

The following educational products have been developed for your use in learning more about why, when and where to file the FBAR:

For further help feel free to call us and we can point you in the right direction. We are happy to provide you with outside professionals who can get you answers or other items needed to move and protect your assets properly, while staying compliant with the laws of the land.
0 Comments Click here to read/write comments