If YOU Want to Be The Only YOU - Get ID Protection

Financial planning is the wise use of your assets to make maximum use before and after tax dollar. As an advisor who consults people on financial planning topics, I am constantly looking for ideas and ways to help people use (and I would add “protect”) their assets wisely.

With the advent of the internet connecting the mobile phones, personal computers, tablets, etc., communication and information has never been easier.This certainly presents many challenges as well.   Keeping information and identities safe is a constant growing problem. 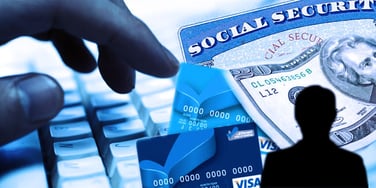 The following short report about cyber crimes caught my eye:

(Reuters) — Losses from cyber crimes rose 24% percent in 2016 to over $1.33 billion, according to a report by the Federal Bureau of Investigation's Internet Crime Complaint Center.

The center, which was set up in 2000 to receive complaints of internet crime, received 300,000 complaints during the year from hacking victims.

Businesses lost $360 million to cyber criminals, who tricked them into wiring money using fraudulent emails that appeared to be from corporate executives and suppliers, according to the report released on Wednesday.

IC3 said it received 2,673 complaints last year from victims of ransomware, with losses totaling over $2.4 million.

In May, the WannaCry ransomware attack infected 300,000 computers in more than 150 countries, disrupting factories, hospitals, shops and schools.

Ransomware is a form of malware that encrypts data on infected machines, then typically asks users to pay ransoms in hard-to-trace digital currencies to get an electronic key so they can retrieve their data.

While consulting on a de novo bank we were starting in Illinois, the banker and I were visiting about bank crime and he mentioned that what will be the biggest problem is “Identity Theft” he said that the average bank robber may only get away with approximately $3,500, while the average identity theft case gets away with just over $17,000. He then mentioned, I don’t know why anyone would want to rob a bank - you get the FBI after you and a lot of prison time; while ID theft is a local matter, so no FBI and the local police are so overwhelmed that they don’t know how or can’t follow up on the crime. Consequently ID theft and cyber crimes go largely unsolved. (Please note I am not suggesting people join in becoming cyber criminals.)

The robbery is not just of money, it is perhaps more importantly your time.

The Federal Trade Commission, FTC, reports that on average, recovery from ID Theft can take 200 hours of work and up to six months. They have some good information and more tips on their website. That is a lot of time and effort to restore your good name, which means it will take a person almost eight hours per week of work for six months - who has an extra eight hours per week? And yet people are forced to spend the time to clear things up.

In an effort to help protect my clients more from such a horrible crime as ID Theft, I have started recommending people have some sort of ID Theft protection. As more criminals move to cyber space, I am sure it will get worse before it gets better. And whatever better is, it will take time to develop and deploy, in the meantime protect yourself.

For more information about protecting the only YOU click here. This will take you to ID Shield one of the premier companies that protect your Identity. As a point of disclosure I did sign up to represent ID Shield, simply because I believe in their valuable service.

"For me life is continuously being hungry." ~ Arnold Schwarzenegger