With a population of 38 million people, California maintains the single largest cluster of hourly workers of all 50 states at over 9.1 million workers, per U.S. Labor Department data released in 2015 . According to Kevin De Leon, president pro tempore of the California state senate, about 5.6 million Californians, representing roughly 32% of the state’s workforce, currently live on the minimum wage. 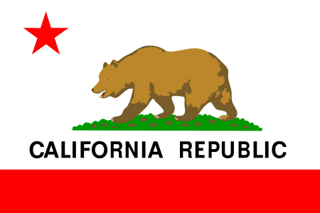 California’s current statewide minimum wage of $10 per hour is already among the highest in the country. The state of New York is also considering raising its minimum wage to $15 per hour, where fast food restaurants are already subject to a $15 per hour minimum.

Individual cities and counties may also impose their own minimum rates, such as Los Angeles which will be increasing its minimum to $15 per hour by 2020.

Nationally, the federal minimum wage has not increased since 2009 and is currently set at $7.25 an hour, yet 29 states and D.C. have higher minimums.

For over 74 years, workers in the United States have been granted a minimum wage level for their benefit. An initial attempt to establish a minimum level for wages occurred in 1933, when a depression era mandate set a wage minimum at 25 cents per hour ($4.10 in 2012 dollars). The National Industrial Recovery Act, which was the act that the initial wage evolved from, was declared unconstitutional by the Supreme Court in 1935.

In 1938, the minimum wage was re-established successfully under the Fair Labor Standards Act. The act held ground because the Supreme Court noted that Congress had the power under the Commerce Clause to regulate employment conditions. Since then, a minimum wage has always been in place and enforced nationally.