Act Now to Maximize Your Social Security Benefits - Changes Made

Deciding when to start taking Social Security benefits can have a tremendous impact on the amount of lifetime benefits you may receive.  Furthermore, the Bipartisan Budget Act of 2015 recently signed into law may impact your Social Security income and increase your retirement health care expenses.

Fortunately, the software we use has been adjusted to reflect the changes made with the law and can help you assess its impact on your projected retirement budget.

Aside from providing no 2016 Cost Of Living Adjustments (COLAs), Social Security will also significantly limit the benefits from one claiming option (File and Suspend) and eliminate another (File Restricted). 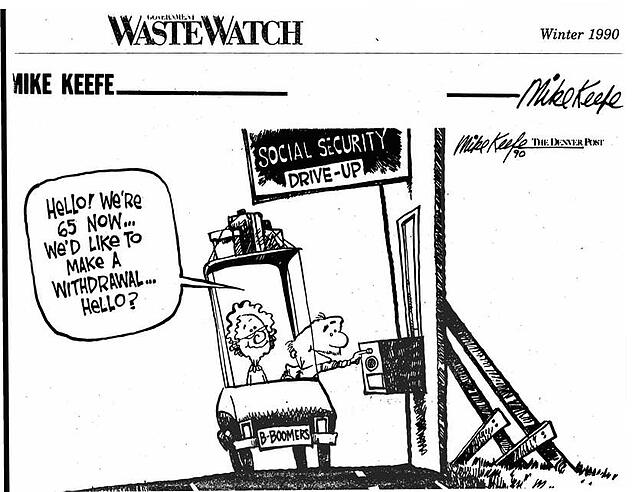 Under the new legislation, those who file and then suspend benefits will no longer be able to allow a spouse or dependent(s) to collect a percentage of their Social Security benefits.  But, qualifying Americans can still employ this strategy until April 30, 2016.

The File Restricted option, which allows an individual to earn income based on the spouse’s record – then later file for benefits with accrued income credits, will be eliminated for anyone who has not reached 62 by the end of 2015.

These are complex issues.  Let me help simplify them.

As your financial professional, I am looking forward to working with you as you take control of your income, focus on managing your health care expenses, and strive to improve your financial stability in retirement.

Schedule your no cost or obligation analysis today and when we meet, you will receive a comprehensive Social Security report detailing a claiming strategy designed specifically for you.

I shared this with a client recently and she was amazed at the clarity it provided her in making the important decision on when to take her Social Security benefits and how much more she would receive - for her it was a great blessing. Your time will be well spent in learning about these changes and receiving the

"If you have enemies? Good. That means you have stood up for something, sometime in your life."  - Winston Churchill

Little did we know that this week is “National My Social Security Week”! WeeHa! It’s a week where the Social Security Administration (SSA) is encouraging people to sign up for an online account. Much like many other financial institutions we have the ability to manage our account, the SSA wants people to do the same. There are a few other interesting thoughts and statistics I thought might be interesting to the average American who at some point will be drawing income from this massive bureaucratic government agency. For example average benefits paid out by the SSA to recipients; and the age old question, will there be any money left when I am ready to receive my benefits?

As a Personal CFO, this is one thing I think folks should do – go online and create/open your own account on the SSA website. This provides quick easy access to info which will help in your planning your future finances. While Social Security Income (SSI) may not be a large portion of your overall retirement plan or your income, it is still important to review it periodically, if nothing else to make sure they are recording contributions properly.

Get your free personal online my Social Security account today!

•    Keep track of your earnings and verify them every year;
•    Get an estimate of your future benefits if you are still working;
•    Get a letter with proof of your benefits if you currently receive them; and
•    Manage your benefits:
o    Change your address;
o    Start or change your direct deposit;
o    Get a replacement Medicare card; and
o    Get a replacement SSA-1099 or SSA-1042S for tax season.

Setting up an account is quick, secure, and easy. Join the millions and create an account now!

*With instant access to your Social Security Statement at any time, you will no longer receive one periodically in the mail, saving money and the environment.  Thank you for Going Green!

It is interesting to see what the current benefits are that the SSA pays and to whom, see Table 1 below. As with many government agencies, over the years they have felt the need to grow and expand – and grow they did! It started out in 1935 as an Old-Age and Survivors Insurance fund to help pay some benefits to folks in their old age and the widows of workers. It was supposed to be a safety net, it is just that that safety net continued to grow to include many different conditions, without collecting specific premiums for those new conditions. This expansion has welded the SSA into the foundational grid-work of our country.

Additionally, the premiums are not voluntary, so for example many people have their own private disability insurance, and yet part of the tax collected covers disability benefits that they would never need because of their own insurance.

How Social Security Is Financed

Social Security is largely a pay-as-you-go program. Most of the payroll taxes collected from today's workers are used to pay benefits to today's recipients. In 2013, the Old-Age and Survivors Insurance and Disability Insurance Trust Funds collected $855.0 billion in revenues. Of that amount, 85.5% was from payroll tax contributions and reimbursements from the General Fund of the Treasury and 2.5% was from income taxes on Social Security benefits. Interest earned on the government bonds held by the trust funds provided the remaining 12.0% of income. Assets increased in 2013 because total income exceeded expenditures for benefit payments and administrative expenses.

Sources and uses of Social Security revenues in 2013

SOURCE: 2014 Annual Report of the Board of Trustees of the Federal Old-Age and Survivors Insurance and Disability Insurance Trust Funds, Table II.B1.


Will Social Security ever go away?

I am often asked; “Will Social Security every go away?” We can’t keep funding this social program… Well let’s take a look at the program from a different perspective and see if it will go way or not.  According to the SSA there are 161,673,000 (2012) people in the United State who earn income taxable by the SSA.

Now to dig a little deeper on this according to the SSA, 0.7% of the annual tax revenue is used to fund the SSA administrative expenses.  The SSA takes in $855.0 billion in revenue (including: payroll taxes, interest, and taxation of benefits) and the administrative expenses are $5.985 billion, for an average cost per employee of $98,484.

Again, I do not think the Federal Government will shutter this program. The government will continue to tweak it in one form or another, so it will be for a long time to come. Which means I would expect three things to happen: 1) taxes will go up. 2) Amount of SSA benefits to be taxed will increase, and 3) future benefits will be reduced.

The problems of this agency are difficult and challenging, clearly it will not be going away, and this year, being its 80th anniversary year, while its future does not look bright, it will be around another 20 years to celebrate its 100th anniversary! 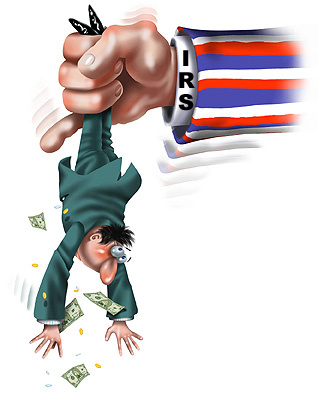