With interest rates plunging throughout the European Union and in Japan, demand for large denominated bills has risen over the past few months, as investors and individuals are finding storing wealth in stable currencies is better than paying central banks (or receiving a negative yield) to hold those same assets. 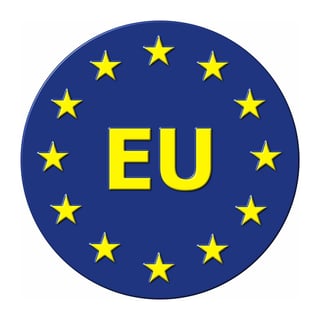 The negative yields orchestrated by the ECB in Europe and the Bank of Japan have both caused unintended consequences. Many believe that rather than seeing an increase in lending by financial institutions and spending by consumers because of lower rates, less money is actually exchanging hands resulting in less economic activity. World trade shrank 13.8% in 2015, as tracked by the Netherlands Bureau of Economic Policy Analysis World Trade Monitor.

Government bond yields in Europe and Japan dropped into negative territory in February, with the German 2-year bond at -0.53%, and the Swiss 10-year bond at 0.4%. Japan sold 10-year bonds with a negative yield for the first time ever on February 29th. The $19.5 billion worth of bonds were priced with a yield of -0.024%.

In particular demand were U.S. 100 dollar bills, which are plentiful worldwide and easily traded. See What Raising the Fed Funds Rate Really Means for info about interest rates in the United States.  Demand for Bank of Japan notes ranging from 1,000 yen to 10,000 yen denominations each increased as rates fell below zero in Japan. Swiss 100 to 1,000 franc bills also experienced an increase in demand as yields throughout Europe fell.

At odds with the rest of Europe is Britain, whose consideration of exiting the EU has led to an increase in British government bonds.

The possibility of Britain’s exit from the European Union (EU) has sent the British pound lower, making it the worst performing currency of a developed nation versus the dollar year to date. The pound fell below 1.40 versus the dollar in February, raising fears of inflation as British consumers buy plenty of imported goods, subject to higher prices as the pound is able to buy less because its devaluation. Britain has been an integral component of the 28 nation EU for four decades.

Economists and analysts are closely watching the direction of the pound as it could possibly affect surrounding European countries and pose a risk to further fragmentation of the European Union.

The yield on the gilt, Britain’s 10-year government bond, rose to 1.45% in late February, as bonds were sold in anticipation of higher rates should an exit of the EU occur.

Considering that Britain has been part of the EU for so long – does anyone really think they will leave? Their fight may not necessarily be economic as it is the laws that the EU passes that have implications with their British businesses and their citizens that go against the grain in Britain. I think they are finding it hard to be a state, as we are in the U.S., and have a federal government/judiciary pass laws that don’t make sense and tell you what you have to do, chipping away at their rights!

"Shaping your role in an organization is at the source of taking control of your career." - Make It Work, Joe Frodsham and Bill Gargiulo