Authorities – monetary authorities, political authorities, economists – seem to know less about money than our forebears did. We’re approaching the centennial of the beginning of the First World War. From the late 18th century through the First World War we had the greatest increase in human wealth in history; in that one and a quarter centuries we created more wealth than all the previous centuries put together! And from about the First World War until now, the economy has been tinkered and toyed with so much that it is on the verge of a world-wide collapse! 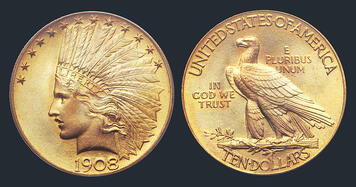 A key element to the success of those 125 years was stable money, starting with the British pound. Before that you had the Dutch, but they didn’t have quite the global influence that the Brits ended up having, especially with the industrial revolution. The United States under Alexander Hamilton put in a very sound money regime that made the United States standout, especially in relation to the Latin American republics which achieved their independence in the following decades, but have been troubled ever since by chronic monetary instability.

Yes, the US had boom and bust cycles during those years, but most were related to normal business cycles and speculation, not due to the collapse of our currency – of gold and silver – the currency was always stable.

Money is a simple subject – however, the money authorities want to surround it with a lot of jargons and equations. They want to make it appear that even if you master brain surgery or nuclear science, you are incapable of understanding money, which is ridiculous. People instinctively understand that stable money is good and that a weak dollar is not good for the United States. Great countries don’t have a weak currency. Overall, people understand the stabilizing effect of a gold standard.

The last hundred years have seen a gradual withdrawal from the gold standard until in the early 70's, America went off it completely. This allowed for an expansion in the economy since money was no longer tied to anything and could simply be printed at will. Although the 70's were distinctively marked by the Misery Index, we had a decent time of it in the 1980s and ’90s when we had a semi-stable monetary policy, but we still haven’t recovered from the early 2000s.

Crises often leads to reform. Well, we did not return to a gold standard in the 1980s. Neither have we returned to a gold standard today. This nation is beginning to recognize that the Fed is floundering and that the central banks cannot manage economies.

China recently created the new Shanghai gold exchange. One of the purposes behind this new gold exchange is to eventually take global price controls for monetary metal away from the Comex, and then force a global currency reset by raising the price of gold to its true or actual value.

China plans to re-price gold to near or above twice the current price. This will have a devastating effect on derivatives and ongoing use of the Comex futures market to suppress gold prices, and protect the dollar.
Based upon supply details for the Comex over the past two years, America's primary gold exchange no longer settles their contracts through the delivery of physical gold, but instead settles in cash payments or through the hedging of gold using derivatives. Subsequently, once this failure to deliver takes place, then China, through the Shanghai gold exchange, will become the default market for price discovery. At that point they will re-adjust gold to its true value, instantly causing massive chaos in the fiat currency markets and leaving the world little alternative but to implement a complete currency reset.

Since the middle of 2012 or so, the Comex has been forcing gold contracts to settle not in metal, but in cash. If you don't like it, they will ban you from the Comex. There's been very little if any settlement of gold futures contracts for two years in gold metal. They're not a gold market anymore, they're a derivative market for gold instruments. And since late September, Shanghai has been offering a gold and futures contract, and they're settling in metal.

Several economic analysts, including John Williams, Peter Schiff, Dr. Paul Craig Roberts, and Gerald Celente all gave predictions earlier this year that a global currency reset event would take place in 2014, with most believing it would come before the end of summer. However, the U.S. is not on board with the rest of the world, preferring instead to seek military conflicts in order to delay the end of the petro-dollar system. Meanwhile, both Russia and China have accelerated their efforts to create infrastructures that will allow a more fluid transition for global trade once a currency reset actually takes place.

Over the past several weeks, the dollar has grown in strength while the rest of the world's currencies have been collapsing. Because of this, global accumulation of physical gold at depressed levels is running near historic highs in an attempt to hedge sovereign currencies that have depreciated from years of low interest rates and slow money velocities.

As several global financial indicators are more intertwined and threaten to bring the world into an economic crisis, China has recognized that physical gold is the ultimate catalyst to force an end to the domination of purely fiat finance, and that revaluing gold to its rightful price will have the effect of both protecting their own currency, and wresting financial control away from the West and the system of dollar hegemony.

Alan Greenspan, who served at the helm of the Federal Reserve for nearly two decades, recently wrote an op-ed for the Council on Foreign Relations discussing gold and its possible role in China, the world’s second-largest economy. He notes that if China converted only a “relatively modest part of its $4 trillion foreign exchange reserves into gold, the country’s currency could take on unexpected strength in today’s international financial system.”

In a world filled with fiat currencies, how important is gold’s role in the financial system? Proponents often view the precious metal as a hedge against economic chaos, while critics typically claim gold is hardly more than an unproductive rock. Interestingly, some countries appear to believe gold is quite important.

On November 30th the Swiss people will vote to return their currency to a gold standard, making their currency the first to be partially backed by gold since the US went off the gold standard in 1971. Maybe other countries will soon follow or they may be forced to by China.

Do you think the US should return to a gold standard? Is gold and/or silver a part of your Security Plan?