The Importance and Future of Community Banking 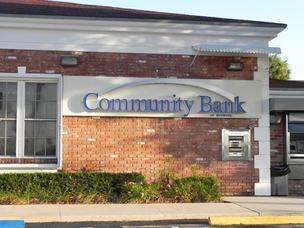 Community Banks have a critical role in keeping their local economies vibrant and growing by lending to creditworthy borrowers in their regions. They often respond with greater agility to lending requests than their national competitors because of their detailed knowledge of the needs of their customers and their close ties to the communities they serve. Such lending helps foster the economy by allowing businesses to buy new equipment, add workers or sign contracts for increased trade or services. Customer knowledge also gives community bankers a real-time understanding of customer demands and provides them with an opportunity to respond more aggressively to those demands – particularly in regard to the use of technology.

At the inaugural Federal Reserve System and Conference of State Bank Supervisors (CSBS) Community Bank Research and Policy Conference held in October, 2013, the key note was the importance of Community Banks in the financial system and in our economy. As reiterated by Federal Reserve Bank of St. Louis spokesperson, Julie L. Stackhouse, Senior Vice President, Banking Supervision, “The community banking industry has experienced challenges and ongoing consolidation; however, there is a future for community banks that have strong management teams, adhere to solid banking fundamentals, and leverage their “social capital”, or community relationships, to tailor products and services that meet the needs of customers in their local markets.”

Chartering a new Community Bank provides the opportunity for local investors to profit from high-quality services offered by a Community Bank, and strengthens the local economy through loans to customers. There is predictability to the ebb and flow of Community Bank charter activity. Every seven to ten years, since World War II, there has been a resurgence of new bank charter submissions and approvals. This is typically followed by a period during which mergers and acquisitions although leaving a gap in the community banking industry are often favorable to the bank’s shareholders.

Many astute and successful individuals have been involved in community banks as Organizers, Directors or Investors. Many of these banks have found their niche in the local markets and as a result, their shareholders benefited with annual returns between 8% and 12%. Well-capitalized Community Banks that are well-managed and strategically located will continue to prosper. In doing so, they can continue to be attractive investments, and lucrative ventures for the local economy.

If recent mergers and acquisitions within your community have led to inferior banking service, dissatisfaction by consumers and businesses, and a significant decline in economic development and financial leadership, the opportunity may exist in your community for a new bank that can provide quality products and services and attractive returns for your investors.

FDIC member institutions' earnings improved this quarter to a modest $2.8 billion, which is significant over last quarter's net loss of $4.3 billion and third quarter of 2008 of $879 million. Loan loss provision continued to affect the profitability of the industry as banks continued to cover their bad assets. Growth in securities and operating income helped the industry realize the profit, with 43 percent of the institutions reporting higher profits this quarter over the same quarter last year.  Just over one in four banks reported losses this quarter of 26.4 percent, which is slightly up from 24.6 percent a year ago.

Net interest was higher this quarter, rising to a four-year high of 4.6 billion. The average net interest margin (NIM) was 3.51 percent, slightly higher than last quarter. Most banks, 62.1 percent, reported higher NIM than last quarter; however only 42.2 percent had an NIM increase year over year. Provisions for loan and lease losses increased and total set aside, remained over $60 billion for the fourth straight quarter, rising to $62.5 billion. While the quarterly amount banks set aside was only 11.3 billion, $4.2 billion less than the second quarter, it was 22.2 percent higher than last year. Almost two out of three institutions, 62.6 percent, increased their loan loss provisions.

Loan losses continued to mount, as banks suffered year over year increases for 11 straight quarters. Insured institutions charged off a net of $50.2 billion this quarter, a $22.6 billion increase or an 80.5 percent increase compared to third quarter of 2008. This is the highest annual charge off rate since banks began reporting this information in 1984. All major categories of loans saw significant increases in charge offs this quarter, but losses were largest amongst commercial and industrial (C&I) borrowers. While noncurrent loans continued to increase, the rate of increase slowed; noncurrent loans and leases increased $34.7 billion or 10.5 percent to $366.6 billion, which is 4.94 percent of all loans and leases. This is the highest level of noncurrent loans and leases in 26 years. The increase of noncurrent loans was the smallest in the past four quarters.

The reserve ratio increased as noncurrent loans increased, however the spread continued to widen. While the industry set aside 9.2 billion, 4.4 percent in reserves, which increased the reserve level from 2.77 percent to 2.97 percent. This increase was not enough to slow the slide - it was the smallest quarterly increase in the past four quarters and the growth in reserves lagged the growth of noncurrent loans, which caused the 14th consecutive quarterly decline in this ratio from 63.6 percent to 60.1 percent.

Loan Balances Decline Deposits Are Up

Loan and lease balances saw the largest quarterly decline since the industry started keeping track of these numbers in 1984; they fell by $210.4 billion or 2.8 percent. Total assets fell for the third straight quarter; assets at insured institutions fell by $54.3 billion, which follows a decline of $237.9 billion in the second quarter and a $303.2 billion decline in the first quarter. Deposits increased $79.8 billion or 0.4 percent during the third quarter, allowing banks to fund more loans with deposits rather than other liabilities. At the end of the quarter deposits funded bank assets was 68.7 percent, the highest level since second quarter 1997.

During the quarter, the number of new banks chartered was three.  This is the lowest level since World War II. This begs the question on what is the best way to get new capital into the banking industry. Should we recapitalize the existing banks including those in trouble? Or, should we start fresh with a new bank that can build a new, clean loan portfolio?

CREED - a 501(c)3 nonprofit has started a Crowdfunding project/contest to help a small business - Look at the opportunity to be a part of something truly great! We will follow this closely as we are strong supporters of CREED.

Under a simple loss-sharing deal, the FDIC might agree to absorb 80 percent of the losses associated with a specific pool of non-performing loans that the healthy bank acquires in the transaction. The healthy bank would absorb the first 20 percent of losses arising from that loan book. The FDIC's liability to share in these losses would last for a stated time period, such as three, five or seven years. There would be additional terms governing the deal-including maximum aggregate losses incurred by the healthy bank, FDIC reimbursement of net charge-offs of  shared loss assets, etc.

Between September of 1991 and January of 1993, the FDIC made loss-sharing arrangements in connection with 24 bank failures. The aggregate value of assets covered by those arrangements was approximately $18.5 billion. After the fact, the FDIC compared the costs of purchase agreements made with and without loss-share arrangements. The agency concluded that loss-share transactions were less expensive than the conventional purchase and assumption agreements, for both large and small banks. http://www.fdic.gov/bank/historical/managing/history1-07.pdf

Besides reduced resolution costs, there are other advantages associated with loss sharing, including:

FDIC loss-share arrangements have been called a win/win, but they are not without risks. The problem assets may be a distraction to the new management team, even if the potential for financial losses is limited. Where there is no loss-share agreement, the healthy bank takes only the deposits, thus beginning operations with a clean slate.

In the first seven months of 2009, the FDIC has used loss share in at least 36 out of 64 bank failures. The aggregate value of assets covered by these arrangements is roughly $20 billion. Among the largest 2009 transactions are:

A complete list of 2009 bank failures, along with links to the associated Purchase and Assumption agreements is available here: http://www.fdic.gov/bank/individual/failed/banklist.html

Community banks are constantly looking for ways to improve their operations, manage risk, and save money, all the while looking for ways to gain and strengthen customer relationships. Community banks differentiate themselves through local and personalized service, but face common challenges when competing with larger rivals. Size, influence, and access to resources are challenges you already know come with the territory. Successfully navigating these challenges are what make you a great community banker.

It comes down to creativity and service execution. Community banks are not unlike the small business clients they covet. Both must be nimble and ready to respond to the dynamic needs of their clients. Technology accelerates this dialog and increases the demand on both sides of the relationship. Bringing smart solutions to the relationship is what a great banker does every day.

One area having a growing impact on small business is on-demand printing. Most of us are familiar with the common offerings when it comes to business printing. On one side you have a large commercial operation with sophisticated requirements and quantities - great for larger projects. And then you have the big box chains offering large quantity color copy services - great for quick, yet acceptable quality. On-demand printing is like a multi-purpose tool small businesses can use to execute highly customizable, commercial quality, print and direct mail campaigns from a web browser.

We really enjoy working with bankers who get excited about using a smart solution in a smart way. Working with a team of accomplished partners from the banking, print, and marketing industries we created an on-demand print solution for bankers simply called - ePrint.

ePrint is an on-demand print and direct mail solution giving you the ability produce, ship, or mail quality print materials when and where you need them. Printed items can be personalized by staff and sent directly to bank customers as approved by management. The solution gives you the ability to manage multiple direct mail campaigns - simply upload files, an address list, schedule fulfillment, and complete your order. The service it creates is convenient and the print is competitively priced.

Although you can upload your own print-ready files you can also leverage several marketing templates, such as:

ePrint delivers the customization and personalization needed to control your branding, marketing, direct mail, and budget more efficiently… you get the big bank capability on a community bank budget.

Learn more about ePrint at EmpoweredBanking.com.