The Importance of Independent Consultants

Running your bank, you are thinking things are clipping along fairly well, maybe there are a few problems, but hey, who didn’t have problems during the “Great Recession”? Now your recovery is progressing nicely and you get an order or some other requirement to fulfill concerning some of the endless new regulations that are coming 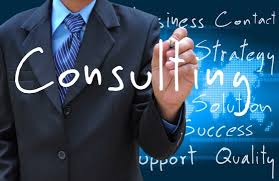 out of Washington, D.C., Who is going to help you solve this problem? And help you get and stay compliant? The regulators have a few thoughts on using consultants we believe will help you…

The bank regulators evaluate the bank’s assessment of the independence of the consultant to establish that the consultant can perform its work with a high level of objectivity such that the results of the engagement are free of any potential bias and that the work is based on the consultant’s own independent and expert judgment. Any direct conflicts or facts that call into question the independent consultant’s integrity will cause the disqualification of the consultant. Examples of such direct conflicts include the use of a consultant that has previously reviewed the transactions that are to be evaluated in the current review or that has previously assessed the specific policies and procedures related to the violations or practices at issue. In addition to a direct conflict of interest, a bank should consider whether there is the potential for an appearance of a conflict of interest such that the consultant’s objectivity could be unduly influenced indirectly.

In addition, banking regulators have required banks to retain independent consultants to provide expertise needed to correct operational and management deficiencies rather than to address significant violations of law, fraud, or harm to consumers. By retaining consultants to perform these “functional” engagements, banks gain the additional knowledge, experience, and resources required to address deficiencies identified through the supervisory process. These engagements have been particularly valuable for community banks that may lack the necessary expertise and resources to correct the problems on their own.

When evaluating the independence of a consultant, including whether an actual or potential conflict of interest exists, the bank’s assessments should address the following factors:

It is important to remember that no single factor determines the outcome of the regulatory acceptance of a bank’s selection of consultant. It is all the factors collectively that are evaluated with the goal of ensuring that the services performed by the consultant, including its findings and recommendations, are expert and free of bias.
0 Comments Click here to read/write comments