Must Read For People Who Have Bank Accounts

Last week I posted this article on my other blog Outside Economics and many people enjoyed reading the article. I thought I would repost it here so you would have the latest on what is going on in Europe and what could happen here in the U.S.. If you like the article please subscribe to Outside Econoimics for future great articles and make a comment below. Thank you.

The great recession has left its mark on many of us in so many ways it is hard to understand them all - perhaps similar for generations before with the Great Depression. One major mark is in banking. The Great Depression produced the FDIC which insured customer deposits and help provide a level of financial security to the banking system. Now Europe and the European Union has lead the way with a “bail-in” concept where depositor bank accounts are used to shore up the troubled bank, thus taking the tax payers off the hook for failed banks. 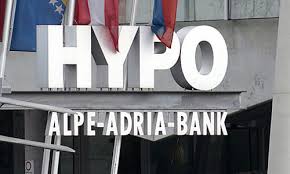 You maybe asking yourself why does this bank in Austria matter to me? Here is the short answer; YES; the United States banking regulators have adopted a similar rule. When a bank fails the regulators can force a bail-in of depositors monies to right the ship. Many people do not realize or understand that this can and most likely will wash up on the shores of America as soon as we have another major financial melt-down. Watching how this precedent action plays out may be an example of how it will work here in the States.

When the European Union and International Monetary Fund bailed out Greece last month to the tune of 750 billion of fresh capital, there was no guarantee of how effective these actions would be.

And with the euro trading unpredictably, EU finance ministers are worried that it wasn't enough. The Euro's value has been up and down, at times losing as much as 12%.

As with the talk in America that our government's first bailout wasn't enough to buoy the economy, there are rumblings in Europe that more needs to be done with Greece to ensure that their problems don't spread to other European nations.

German Chancellor Angela Merkel defied German public opinion and supported the bailout. A Reuters article quotes her as saying, "We've done no more than buy time for ourselves to clear up the differences in competitiveness and in budget deficits of individual euro zone countries. If we simply ignore this problem we won't be able to calm down this situation."

Greece, with its $236B (US) of debt, may be in the direst situation. But it certainly isn't the only EU economy that's racking up debt.

Each country owes money to one another in a web of loans so complicated and precarious that each country is dependent on the others to stay solvent.

The New York Times elegantly illustrates the problem with a tangled web of arrows signifying the various debt obligations of each country.

In the accompanying article, Eric Fine of Van Eck G-175 Strategies says, "This is not a bailout of Greece. This is a bailout of the euro system."

Will they or won't they?

Many people-from traders to government heads to ordinary citizens-aren't sure that Greece's government will be able to implement cost-cutting measures in the wake of stiff opposition from their constituency.

In return for their first 110 billion euro bailout package, Greece was required to levy stiff wage cuts to government workers and implement hefty tax increases. The government hopes to slash its debt from 13.6 percent of GDP to 3 percent by 2013.

On May 31, Greeks took to the streets in a 24-hour protest that shut down cruise ships. Labor unions are warning that more strikes are possible as the summer progresses.