The Greatest Country on Earth - America

Today is the 4th of July the day we celebrate as the day our great country was founded in 1776, when we declared our independence from England. I thought I would write a few of my feelings about our country. I was raised the youngest of seven children in Los Angeles, California. My parents met during World War II in Utah. My father was a photographer in the Signal Corps and in charge of the photographic departments on several bases west of the Rockies. My mother worked in one of those departments in Ogden.

I was raised with a great love for our country. My parents took this very seriously. As I learned more and more about our country’s history and founding my love grew. Having read many books on our founding fathers, Abraham Lincoln, and other presidents, I do have an appreciation and love of these great people.  When we spend time learning about the good in America we learn to love her. 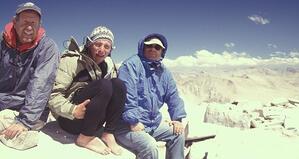 My brother-in-law use to take me backpacking when I was a teenager in the High Sierras. There is no place like the High Sierras in the world (so I am told by the many people we met on the trail from other countries). The time spent there I learned again to love our country and its amazing beauty. I have traveled to many of the other states in the Union on business, and I am always amazed at what a wonderful country we have. It is truly special. I personally believe that God put all the right elements here so a nation could thrive and spread goodness throughout the world.

We have a constitution like no other country, with our republican form of government; yes we are a REPUBLIC, not a democracy. This constitution was the first in human history to declare that as individuals our rights came from the God who created us, not from a person or a government. These rights limited the government’s control over our lives and allowed us the freedom to develop ourselves as we chose. 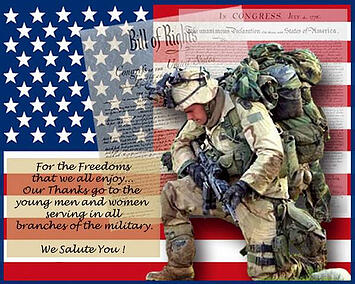 We have the world’s strongest best trained military. Now I know many people say we dwell too much on the military or spend too much on the military, etc. I have heard all of that, including we should not be in this country or that country, we should not be the world’s police force – we should just stay home and mind our own business. The reality of being the world’s police force is this, if we are not there to serve, some other super power will be called in to serve. So would we rather have China, Russia, or someone else in those countries? What would be the political frame work they would leave behind? Now I know that not everything is rosy with the military there are a few bad apples that commit crimes, etc. But by and large they are great people who serve and truly bless the lives of the people in those countries. An opportunity to help these struggling countries blesses everyone involved.

I have read several histories about the wars America has been involved in, I have visited several cemeteries where hundreds of thousands of soldiers are laid to rest. I have pondered on their lives being cut short by the conflict they were in, with deep gratitude I give thanks for their sacrifice and  the sacrifice of their families; I believe that the God of this land has a special place for them.

We have an amazing geography wherein we are able to produce food in abundance, like no other place on earth. Very few things won’t grow in America. What a great blessing to produce and eat so many different foods.

We have a country where people from other countries can become an American. Becoming an American is a very special thing and I would hope that all people who come would be contributors to this great country and not work to tear it down. We have so many people who wrongfully beat a negative drum that it is sad to see what they are missing. I would ask them to study deeply its history and learn about the people and hopefully they will discover what an amazing great country that God has blessed us with.

I could go on with many more things about the greatness of America, but time and space are limited. So I will invite you to find at least five of your favorite things about America and share them with your family and friends this weekend. Help others understand why you are grateful to be an American. And always ask God to continue to bless America.

Oh - and one more thing we have a great flag - I love our flag - long may she wave!