Looking For A New Source Of Capital - Consider The CDFI Fund

Through monetary awards and the allocation of tax credits, the Community Development Financial Institutions Fund (“CDFI”) helps promote access to capital and local economic growth in urban and rural low-income communities across the nation.

President Obama’s 2015 Budget has allocated $225 million to enable strong support for the: 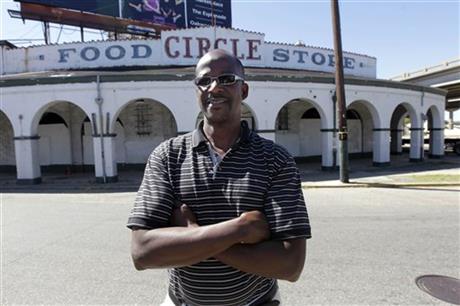 Hope Credit Union is an example of the CDFI Fund’s programs creating economic growth in communities often considered too risky for mainstream financial institutions. Circle Foods opened in 1939, was New Orleans first African American-owned and operated grocery store. In 2005, Circle Foods was heavily damaged by flooding in the 7th Ward caused by Hurricane Katrina. For years, the owner tried to secure financing to renovate and reopen the store, but was unable to find any willing lenders and investors.

That changed in 2012, when Hope Credit Union, a leading CDFI serving the Mid-South, provided Circle Foods with financing through a partnership that included the City of New Orleans’ Fresh Food Retail Initiative.

Thanks to Hope Credit Union, a new 22,000-square-foot Circle Foods reopened earlier this year and is now providing access to fresh produce and affordable food in the 7th Ward. In addition, the grocery store has created 62 new jobs, the majority of them filled by people who live in the local community.

The CDFI Fund also strives to serve urban and rural areas proportionately. Over the last 10 years, it is reported that 25 percent of CDFI projects have been in non-metropolitan areas.

To learn more about the CDFI Fund programs, visit their website at www.cdfifund.gov. What is your story - have you used the CDFI before? or even heard of it? Is this a government service that you may look into or use? Let us know.